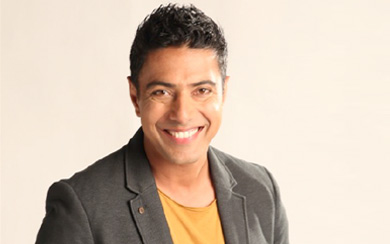 Ranveer Brar is an Indian chef who hails from Lucknow, is also a host/judge for TV shows and food stylist. His television shows include Breakfast Xpress, Snack Attack, Homemade, The Great Indian Rasoi, Thank God It's Fryday and Health Bhi Taste Bhi. He was also one of the judges for season four of MasterChef India.